O’Brien Eye Care was established in 1970 in Southaven, Mississippi by Dr. David O’Brien. Just a couple years later in 1972,  Dr. O’Brien added a second location in Charleston, Mississippi.  Dr. David O’Brien worked solely in the Charleston location until he retired in 2013.  Dr. Michael O’Brien and  Dr. Jonathon purchased O’Brien Eye care that year and renamed the practice Charleston Vision Center In 2016, the practice moved to its current location after purchasing the old Main Street Pharmacy building .  Then in 2018, Dr. Ty Smith joined the practice. Drs. O’Brien, Wilson and Smith have a successful 45 years of combined experience.

Dr. Michael O’Brien, referred to as Dr. Michael at the office, joined his father, Dr. David O’Brien, in practice at O’Brien Vision Center in 1993 after earning his Doctor of Optometry from Southern College of Optometry (SCO). He earned his Bachelor of Arts in Biology from the University of Mississippi in 1990, also earning a minor in Spanish after studying at the University of Salamanca, Spain.

In his spare time, Dr. Michael enjoys family time with his son. He also runs, reads, cooks, and occasionally draws. You might notice some of Dr. Michael’s artwork hanging on the walls of O’Brien Vision Center! 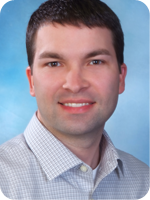 Dr. Jonathan W. Wilson joined O’Brien Vision Center in 2003 after completing his Doctor of Optometry from Southern College of Optometry. He earned his Bachelor of Science in Microbiology from Mississippi State University in 2000. He currently is an active member in the Mississippi Optometric Association, and the American Optometric Association. Dr. Wilson enjoys spending time with his wife, Emily, daughters, Ella Rose and Ivy, and son, Isaac. He also is an avid outdoorsman and enjoys watching all MSU sports. 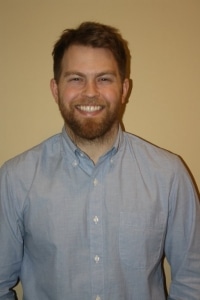 Joined O’Brien Vision Center in 2018 after earning his Doctor of Optometry degree from Southern College of Optometry. He graduated from Mississippi State University, receiving a Bachelor of Arts and Sciences in Biological Sciences. He is an active member in the Mississippi Optometric Association and the American Optometric Association. When out of the office, Dr. Smith enjoys spending time with his wife, Sara, and their dog, Mike. He also, loves watching the Memphis Grizzlies and shooting under par.